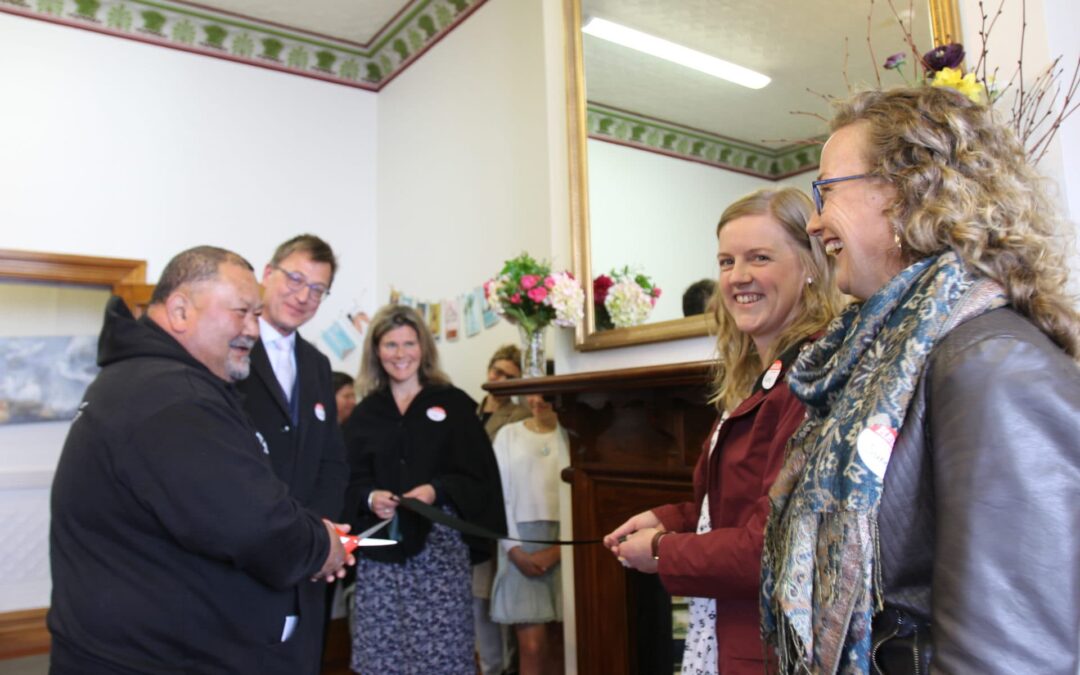 Rangitane o Wairarapa cultural adviser Mike Kawana said that the day was about “instilling a new energy into the whare”.

Kawana had previously said other karakia on the premises when it was used for different purposes.

Kawana gifted the name “Hokai Tahi” to the trust at their new premises on Worksop Rd.

The trust’s old clinic had been in a building with a law firm and other businesses operating out of it. Hokai Tahi would share its new building with Dress for Success, an organisation which provided women with appropriate clothing for job interviews or court appearances.

Kawana said the term “hokai” had been used in a waiata written for a Wairarapa ancestor more than 300 years ago.

The waiata described the various outcomes of a birth: hokai rauru-nui [a natural birth], hokai rauru-whiwhia [a difficult birth], or hokai rauru-maru-aitu [a stillbirth].

“Hokai is the feet of the baby. When we add tahi to it, it means us all coming together to support the kaupapa that this [clinic] is all about,” Kawana said.

He said that support was important for a woman experiencing any possible outcome of a birth.

Hokai Tahi chairman Dr Andreas Leinfellner had personally experienced the grief of a miscarriage. He had four daughters but had lost a son.

“I went through that grief as some fathers do, so I could relate to that. It’s nice to do this service where even a man, if he really chooses to, can have acknowledgment or a conversation with someone else who has gone through that.”

These counsellors could refer people to other counselling services that deal specifically with grief and loss, Leinfellner said.

“But sometimes just being with someone who takes time to understand is all you need.

The value of spending time with people was reflected in Hokai Tahi’s mission statement: “To equip women in the Wairarapa community through all aspects of their pregnancy journey, by giving them the space, time and resources to make informed decisions regarding their pregnancy…”

Leinfellner said that in his role as a paediatrician at Wairarapa Hospital, he rarely had the opportunity to spend much time with patients.

“As a GP or a paediatrician, you have your 15 minutes – with the best of efforts and interest, it’s just not enough.”

Hokai Tahi could provide the time that people needed to talk through and process the various aspects of a pregnancy, Leinfellner said.

A woman who had used Crisis Pregnancy Support said: “The service gave me the support I needed to accept my baby even though it was difficult. Once I was able to accept it, I was then able to put all my love and effort into setting my life up the best way for my family. Crisis Pregnancy was there every step of the way when needed. Knowing I had support kept me going.”

The renaming of the Crisis Pregnancy Support marked a separation from the original Nelson branch, though the two organisations would still work closely together, Leinfellner said.

The Nelson branch had been gifted the name “Hapai Taumaha Haputanga”, which denoted a sharing of the burden of pregnancy.

Leinfellner said that some of his colleagues had found the word “crisis” in the Wairarapa clinic’s previous name problematic. “Some people don’t necessarily feel like they are in a crisis but would still like the time to talk. We don’t want to be seen as just for when you are in a super-crisis. You might just need a bit of help. It’s often very simple things that are needed.”