A village for whānau 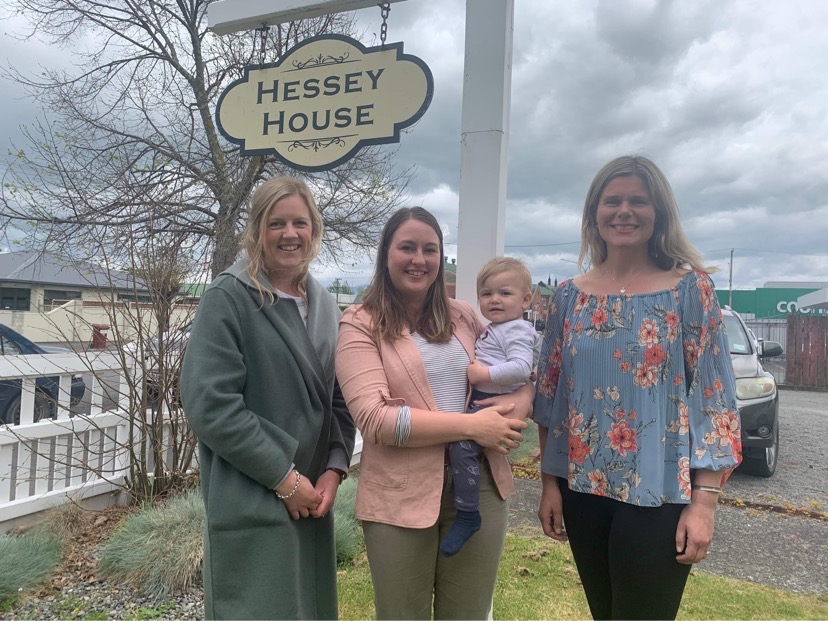 This article was written by Erin Kavanagh-Hall and originally appeared in the Wairarapa Midweek.

Rebecca Vergunst has been a school administrator, a youth worker and a Wairarapa elected representative – but her newest role may be the one dearest to her heart.

Vergunst, who stepped down as Carterton Deputy Mayor at this year’s local election, has been appointed service manager for Hōkai Tahi: A charitable organisation dedicated to supporting whānau through crisis pregnancy, baby loss, or termination.

She succeeds previous service manager Katie van Dalen, who will be stepping back to focus on her new foster family and dairy farming career.

Hōkai Tahi, based at Hessey House in Masterton, was founded in 2017 by local health professionals to fill gaps in community maternity services – and provides counselling and practical in-home assistance for families coping with a loss or an unplanned pregnancy.

As service manager, Vergunst will be responsible for supporting Hōkai Tahi’s volunteers – including its support coordinators, a team of trained counsellors, nurses and social workers – fundraising, and connecting with community stakeholders.

As well as combining three of her main passions – “working with women, children and community development” – Vergunst was drawn to her new role by a profound empathy for whānau “travelling a similar road”.

In 2019, she and husband Josh were devastated when their son Asher was stillborn at 21 weeks.

Vergunst said her loss was made more bearable by a strong community network – and, through Hōkai Tahi, hopes to be part of a “village” that supports families on their journey through grief and towards parenthood.

“When you’re dealing with grief, it’s so overwhelming,” she said.

“But it helps when you have someone to walk alongside you, remind you it’s going to be okay, and help you put a plan in place.

“As women, we tend to take so much on our shoulders. But you can’t care for others unless someone’s looking after you.

“I want to be part of creating an open and inclusive practice where families can feel supported, that their grief is valid, and like they’re at home.”

Vergunst, now mum to Malia, Grace and Summer, returned home to Wairarapa after graduating from Victoria University, planning to take a six-month break before training as a secondary school teacher.

She worked as an accounts manager for Pontahi Christian School and volunteered for the Wairarapa Safer Community Trust – which lead to her landing a job as a facilitator for youth organisation Rangatahi to Rangatira.

In 2016, she was elected to Carterton District Council at age 22 – the youngest candidate by at least three decades. She was re-elected in 2019 and chosen as Deputy Mayor by Mayor-elect Greg Lang.

“Greg took a gamble on me – but I think it paid off. And I think it’s broken the ice, and paved the way for more young women to stand in Carterton.

“Progress can be slow in local government – and there’s always unfinished business. But I’m proud of what we achieved together. I feel privileged to have had the opportunity.”

She stepped down from the council to “expand her skills in other areas” – but predicts her local government experience will be invaluable in her new role.

“On council, you have to be a jack of all trades.

“You need to be good at networking, know a bit about fundraising, and keep tabs on multiple projects. You need to have fingers in a lot of pies – so I think that experience will come in handy.”

As Hōkai Tahi service manager, Vergunst hopes collaborate with other support organisations, such as the Ruth Project and Puawānanga Wairarapa Young Parents, set up a peer support group for fathers, and work alongside more diverse communities – such as Māori, Pasifika, and former refugee whanau settling in the region. She looks forward to working with the team which makes Hōkai Tahi possible: “A proactive board, so many amazing volunteers – from the cleaners at Hessey House to our dedicated fundraising team – and all our supporters in the wider community”.